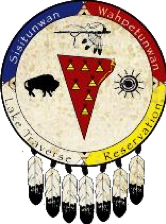 The Sisseton-Wahpeton Oyate is comprised of two subdivisions of Dakotah Indians that reside on the Lake Traverse Reservation, established by treaty in 1867. This reservation extends into five counties in northeast South Dakota and two counties in southeast North Dakota. The Tribe has 13,873 enrolled members with approximately 9,894 members living on the Reservation. According to the U.S. Census, the tribe’s reservation and off-reservation trust land population is approximately 57.1 percent non-Indian.

The Sisseton-Wahpeton Oyate of the Lake Traverse Reservation submitted its final Pilot Project Application Questionnaire to DOJ on March 4, 2015. The Tribe received approval to implement SDVCJ on March 6, 2015.

The Sisseton-Wahpeton Oyate court was created by the Oyate’s Constitution to resolve disputes involving Tribal members and non-members and to provide a forum for the prosecution of those persons who commit crimes on the Lake Traverse Indian reservation. The Court describes its goal as to “provide due process to all persons that come before it and to resolve disputes as efficiently as possible using Tribal laws, customs and traditions.”

The Sisseton-Wahpeton Oyate has not received grant funding from the program authorized in VAWA 2013 to support the exercise of SDVCJ.