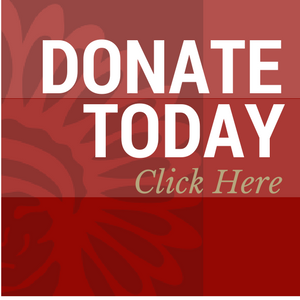 For nearly eight decades since its founding, NCAI has remained true to the original purpose of the organization: to be the unified voice of tribal nations. Founded in response to the emerging threat of termination, the founding members stressed the need for unity and cooperation among tribal governments and people for the security and protection of treaty and sovereign rights.

To this day, protecting these inherent and legal rights remains the primary focus of NCAI, with a mission to:

NCAI is as committed as ever to meet news challenges head on while still staying true to these original principles.  As a result of your contribution NCAI will be more able to deliver on the promise of our founders, to protect and enhance Indian Country for another seven generations.

Other Ways to Give: CFC Campaign

If you are a federal civilian, postal or military donor,
you may consider contributing to NCAI
through the Combined Federal Campaign (CFC # 10110).

To learn more about everything NCAI accomplished  this year, we hope you'll download and review NCAI's 2019 Annual Report, "Legacy in Motion."

2019 State of Indian Nations Address highlighted that together, we can build a strong partnership between all of our nations and secure a brighter future for all our people.

Tribal Unity Impact Week 2019 provided a great opportunity to hear from members of Congress regarding the work they are doing for Indian country and for tribal leaders to advocate for tribal priorities on Capitol Hill.

The 2019 Mid-Year Conference focused on a number of important issues for Indian Country, including the upcoming 2020 census, and the political status of tribal nations.

NCAI advocated for and implemented important legislation, passing over 100 resolutions on a diverse array of important issues.