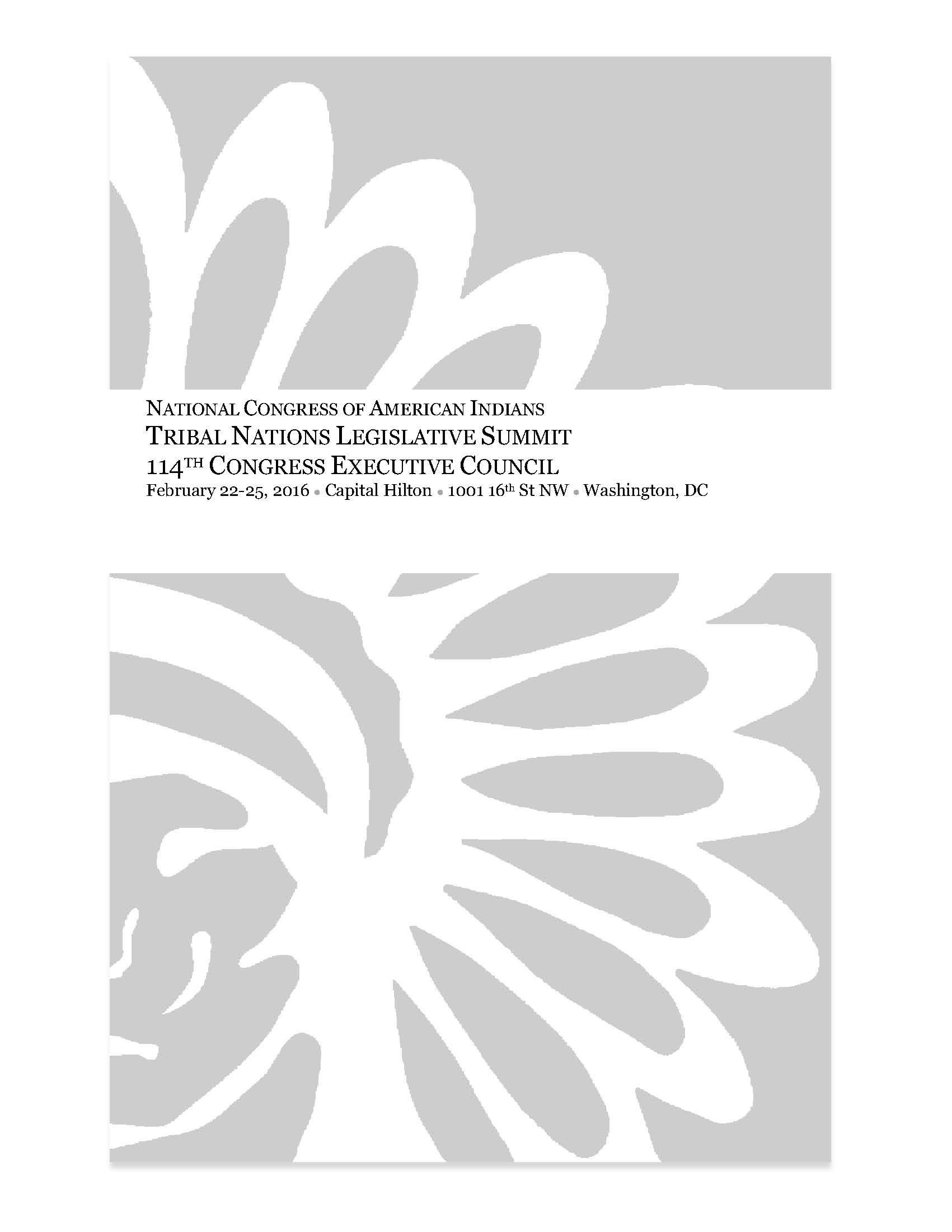 For transportation information to the hotel, click here. Please note that self-parking is not available at this property, only valet parking for $55.46/night.

Super Shuttle is offering a discount to our attendees during Executive Council Winter Session. Click here to start your reservation. 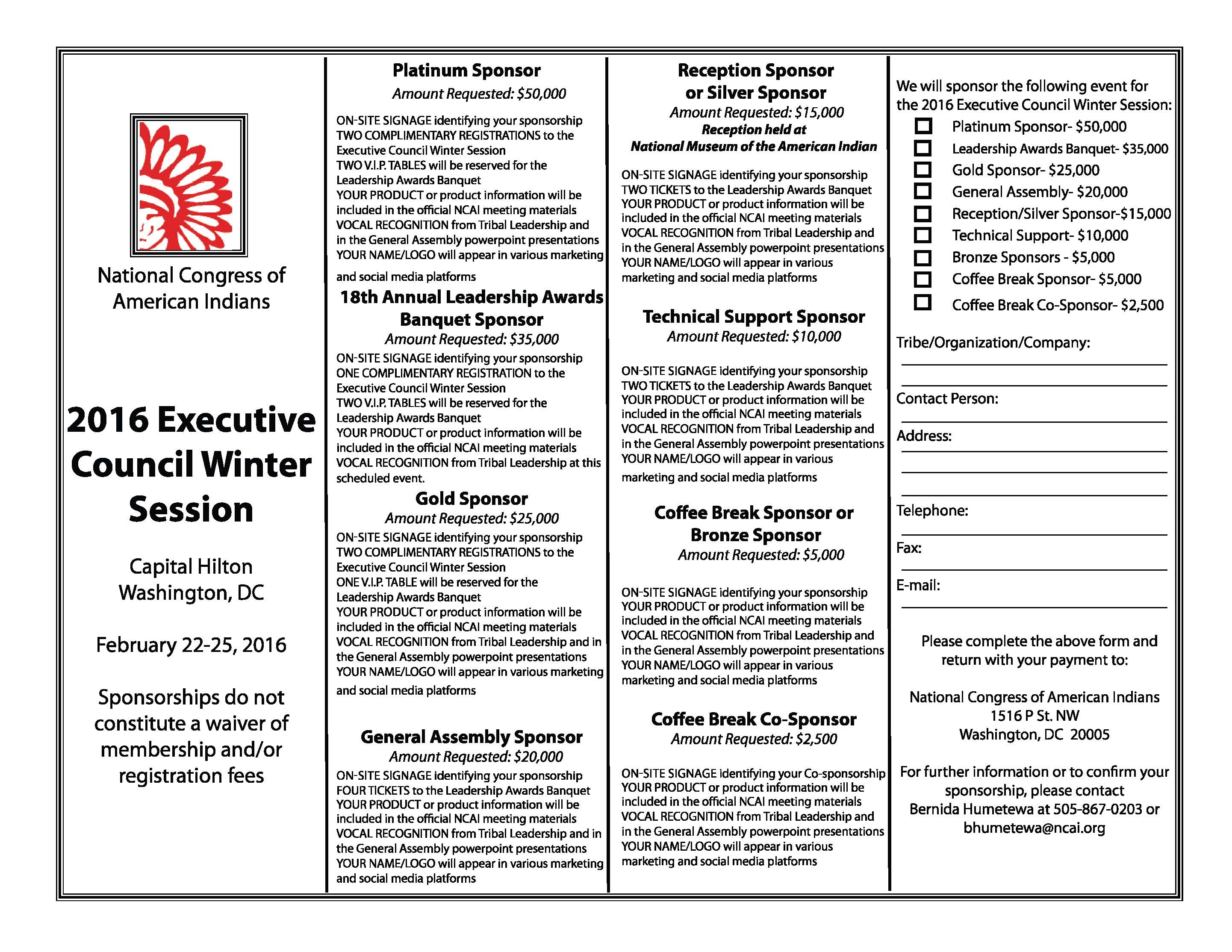 Arts & Crafts Vendor Opportunity
New! Limited spaces are available for a one day show on Tuesday, February 23, 2016. Review and fill out the Vendor Form. For more information on vendor space contact Bernida Humetewa. Don't forget to schedule Capitol Hill visits. Indian Country has major priorities to advance during this Session of Congress. It is important for our membership to meet with their representatives, both new and returning members, to continue educating them on issues and making them strong advocates for Indian Country.  If you wish to meet with your representatives in either the House of Representatives or Senate, please submit your meeting request in writing to the representative's office and follow-up to ensure your request was received. To find your House Representative, please click here. To find your state Senator, please click here.  For assistance in scheduling a Hill Visit please contact Michael LaValley at mlavalley@NCAI.org.


How to Register for an NCAI Event Online

To register for an NCAI event, you'll need to login to our secure online registration system. Here's how to do so.

When you click the "Register Now" link on an NCAI.org you will be sent to a page to log in to the system.

If you already have your log in information all you need to do is enter your username and password and you'll be taken directly to the specific event's registration forms.

If you are not registered in our online system, follow the instructions to create a new account (click Creating a new online account). When you've finished this process, return to the event page and click the "Register Now" button to register for the event you want to attend.