Although the tribal criminal jurisdiction provision of VAWA 2013 was generally not effective until March 7, 2015, tribes could implement SDVCJ on an accelerated basis before that date with approval from the Attorney General during a “Pilot Project” period.  The DOJ developed a Pilot Project Application Questionnaire, which interested tribes used to request that the Attorney General designate them as “participating tribes” and approve their accelerated implementation of SDVCJ.  This Application Questionnaire was DOJ’s final notice and solicitation of applications for the pilot project, which was published in the Federal Register on November 29, 2013. 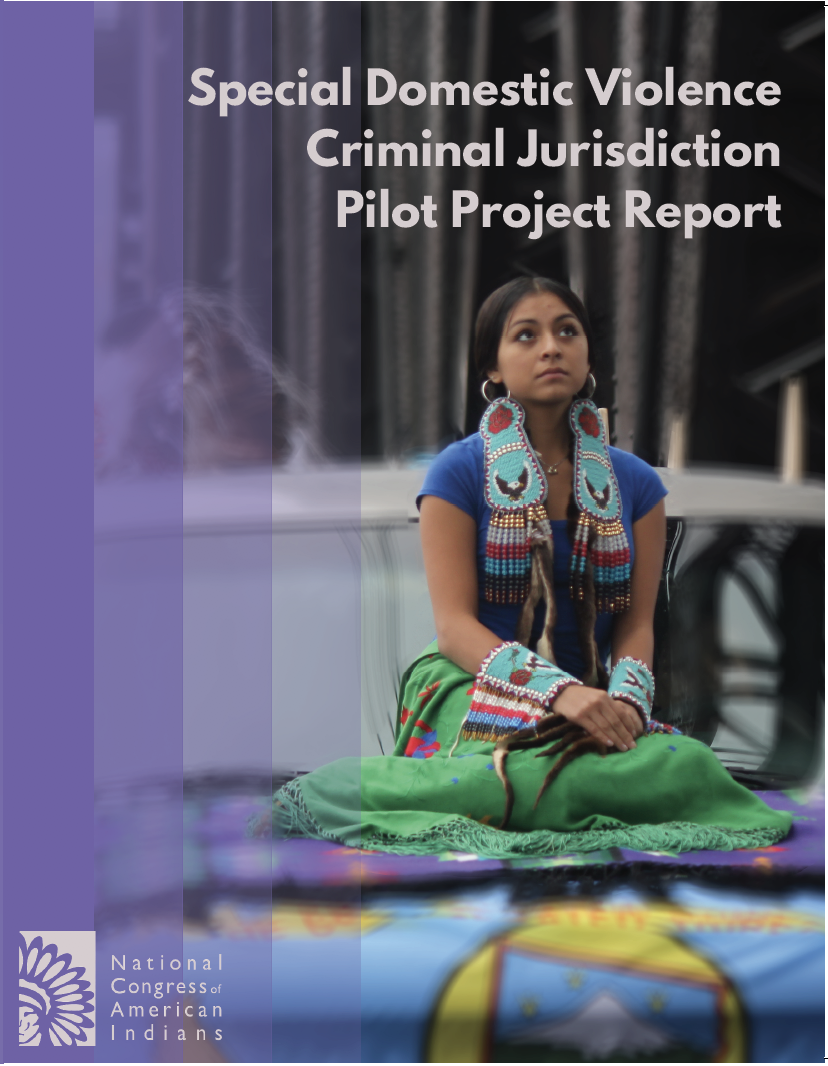 At the end of the pilot project period, NCAI released a Pilot Project Report summarizing the first years of implementation. That report similarly provided detail on prosecution statistics, and a profile of each of the implementing tribes at the time. The Pilot Project Report also highlighted a series of “lessons learned,” many of which are now further affirmed and expanded within the findings of the 5-year report. Those nine lessons were:

(1) non-Indian domestic violence is a significant problem in tribal communities;

(2) most SDVCJ defendants have significant ties to the tribal communities;

(3) children are impacted by non-Indian domestic violence at high rates;

(4) training is critical for success, (5) federal partners have an important role;

(8) there is confusion about the statutory definition of “domestic violence”; and