The Tulalip Tribes are located on a 22,000-acre reservation in western Washington State, approximately 30 miles north of Seattle. The Tribes have over 4,600 members, about 2,600 of whom live on the reservation. According to the U.S. Census, the population of the tribe’s reservation and off-reservation trust land is approximately 76 percent non-Indian.

The Tulalip Tribal Court operates a separate Domestic Violence Court docket and SDVCJ cases are handled there. The Tribe also employs a specialized domestic violence and sexual assault prosecutor, who was approved as a Special Assistant United States Attorney (SAUSA) at the beginning of the Pilot Project. Washington State partially retroceded PL 280 jurisdiction to the federal governments in 2001 and the tribe established a police department and criminal court shortly thereafter.

The Tulalip Tribes submitted their final Pilot Project Application Questionnaire to the DOJ on December 19, 2013.  The Tribes received approval to implement SDVCJ on February 6, 2014, and jurisdiction took effect on February 20, 2014.

The Tribes implemented TLOA enhanced sentencing provisions prior to the passage of VAWA 2013 and have provided indigent defense, included non-Indians in the jury pool, recorded court proceedings, and employed law-trained judges in the criminal court since 2002. All of the SDVCJ convicted offenders are ordered to undergo tribally-certified batterer intervention programs. 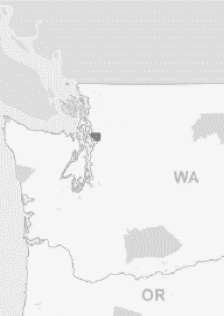