The Confederated Tribes of the Umatilla Indian Reservation (CTUIR) in Oregon

The Confederated Tribes of the Umatilla Indian Reservation (CTUIR) are located on a land base of 173,470 acres in southeast Oregon. CTUIR has 2,956 tribal members, 30 percent of whom are under the age of 18. According to the U.S. Census, the tribe’s reservation and off-reservation trust land have a total population of approximately 2,800, 51.2 percent of whom are non-Indians.

The Confederated Tribes have exercised expansive criminal jurisdiction since the State of Oregon retroceded Public Law 280 criminal jurisdiction in 1981. CTUIR implemented felony sentencing under TLOA in 2011, and the tribal prosecutor serves as a SAUSA. CTUIR has provided indigent counsel, recorded tribal judicial proceedings, employed law-trained judges, and included non-Indians on tribal juries since long before VAWA 2013 was enacted. The Tribes report that in 2011, over 60 percent of the cases seen by the Umatilla Family Violence Program involved non-Indians.

Implementing SDVCJ has dramatically increased accountability for non-Indian DV offenders. The Tribes report that prior to implementation, the U.S. Attorney’s Office had only prosecuted two cases of domestic violence committed by non-Indians.

CTUIR has not received grant funding from the program authorized in VAWA 2013 to support the exercise of SDVCJ. 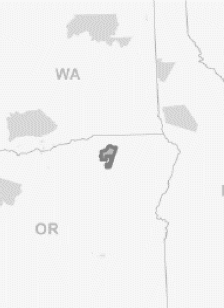