In order to exercise SDVCJ, a tribe must ensure that non-Indian defendants have the right to a trial by an impartial jury that is drawn from sources that—

1.1 “reflect a fair cross section of the community”; and
1.2  “do not systematically exclude any distinctive group in the community, including non- Indians.”

For some tribes, including non-Indians for the first time presented a logistical challenge, since a list of non-Indian tribal residents may be difficult to obtain. The Fort Peck Tribes were able to obtain a list through the 15th Judicial District of Montana, which luckily comprises 98 percent of the Reservation. However, for some tribes, including non-Indian employees or tribal housing residents was the more efficient course of action given the availability of that information. Including non-Indian employees often required tribes to rewrite provisions of their corporation’s employee handbooks or revisit tribal employee leave policies.

Tribes who are thinking about implementing SDVCJ have routinely asked how they can ensure non-Indians comply with a jury summons given their limited authority over non-Indians. A number of best practices have been shared with the tribes by the National Center for State Courts. In practice, this has not been a problem. Tribes who have called a SDVCJ jury have anecdotally reported that non-Indians report for jury duty at higher rates than Indians. In one recent jury trial at Fort Peck, the entire jury was composed of non-Indians. 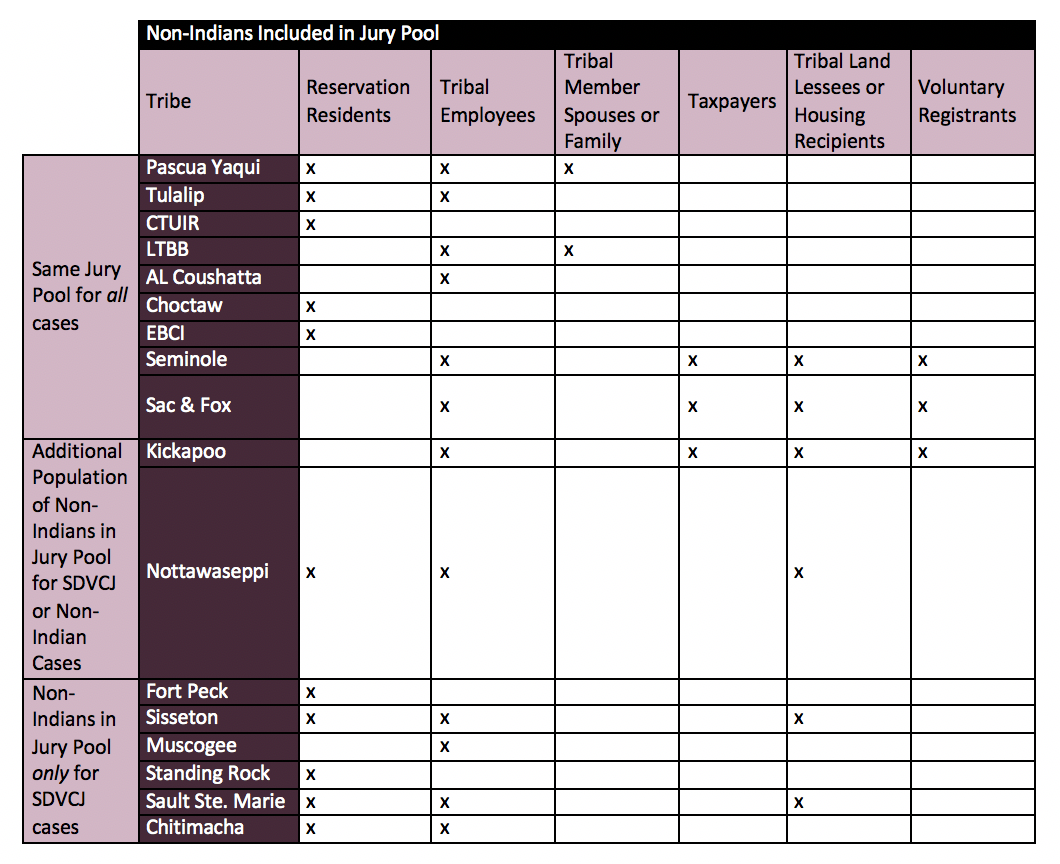